To help our budding young scientists we have been trying lots of different experiments.

Over the past month the pre-school children have really enjoyed doing lots of different experiments and have actively asked what ones they can do each day.

For the first experiment we had some plastic cups, kitchen towel, water and the 3 primary colours of paint. In 3 cups the children helped mix up really watered down paint and then folded up the kitchen towel to make strips.  The children thought the tissue would get wet and change colour but didn’t believe it would move into another cup. The tissue was then laid between the painted cups with empty cups in between them and the children then watched and watched and watched.  It takes a bit of time but were so excited when they noticed the colours actually going into the empty cup and were able to explain that the colours were mixing. 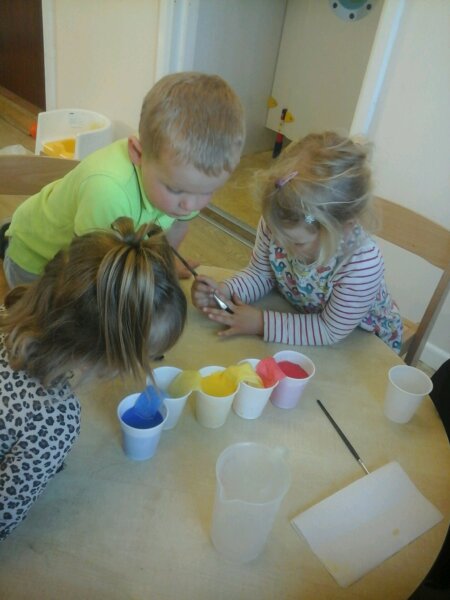 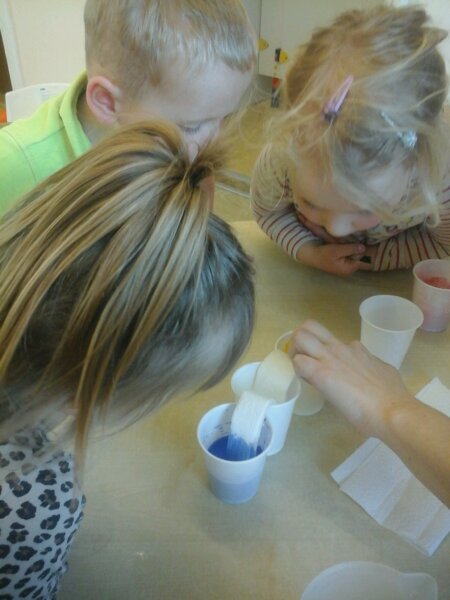 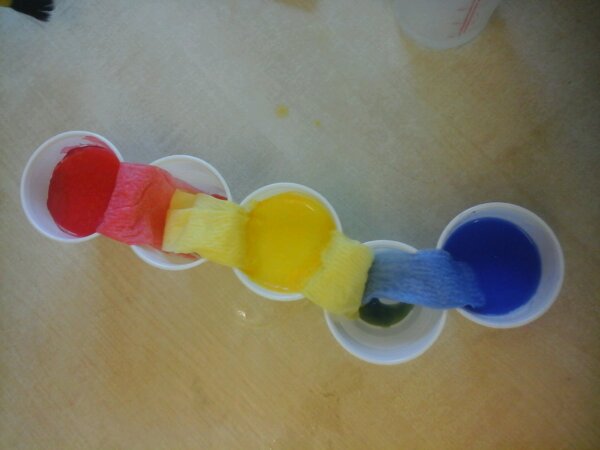 We used baking powder, white vinegar and some food colouring.
The children again mixed up the food colouring with vinegar noting how smelly it was.Then using medicine syringes they sucked up the liquid mixture and squirted it into the baking powder, with squeals of surprise as the mixture started fizzing. We discussed that a chemical reaction was happening and that gas is being released and that’s what is making it fizz and bubble.  We encouraged the children to squirt two different colours into the baking powder to see what would happen and they all enjoyed guessing which new colour they would make. 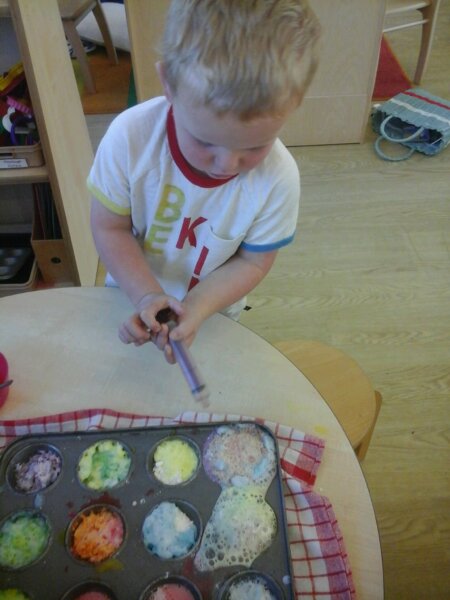 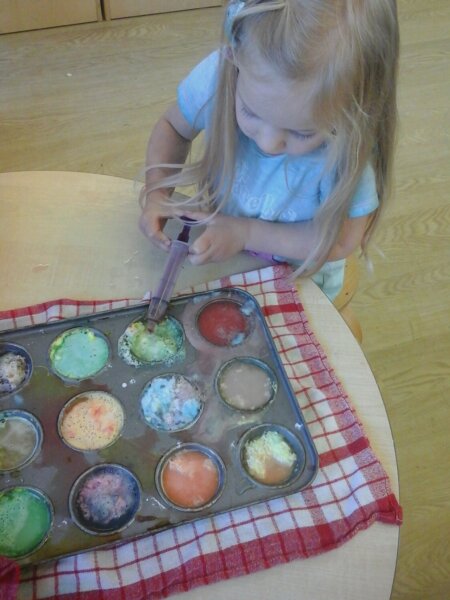 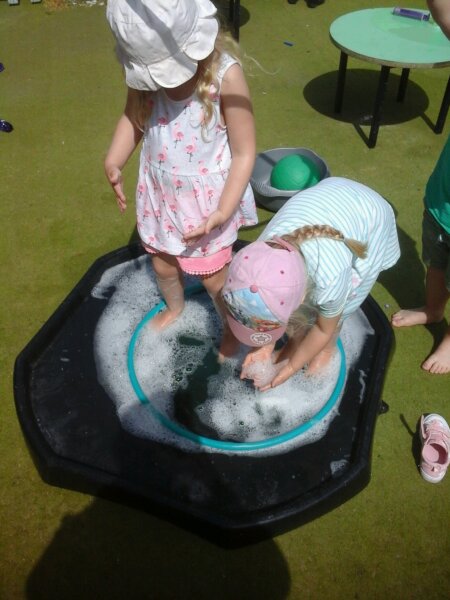 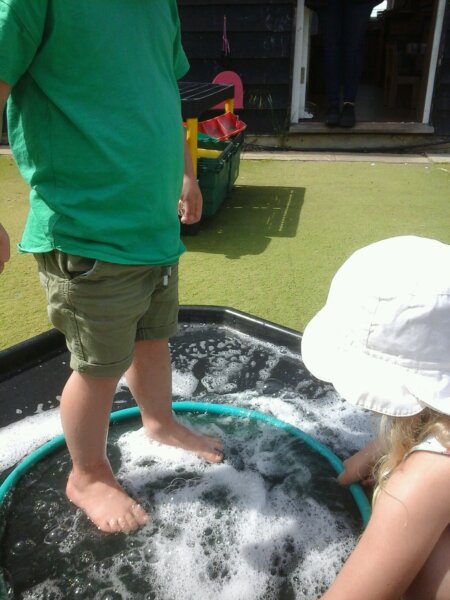 These activities have been great for encouraging the children to hypothesize and to question.  They have built independence and confidence and have enjoyed some awe inspiring experiences.

Sensory Play at Play Out Ipswich

Play Out Ipswich have had a very special delivery of some ‘Happy feet’ play mats.

This morning we went Pipers Vale Gymnastics Centre for our babies Christmas trip.